Have you been to Zombie Farm? Then share photos of your experience!

A joint Junior/ Senior Civitan project for 43 years, it’s history goes back to the days when the haunted house was located in Downtown Newburgh, Indiana. The project began as a fundraiser for Newburgh Civitan and continued to grow over the years. The Junior and Senior Civitan members participate in both the set up and operation for the Haunted House. Over the years, it has become a mainstay in the area and an event that is well received. It has also been a haven for area teenagers to grow both creatively, and socially. During the set up and operation of the attraction, Junior members are mentored in both creative aspects and problem solving for any task that may occur.The project has won numerous Senior/Junior joint project awards and has been featured in both local television and newspapers on several occasions. Proceeds from the Haunted House go toward funding for Newburgh Civitan and additional proceeds are donated to charities such as Easter Seals, Special Olympics and Civitan Research Hospital. 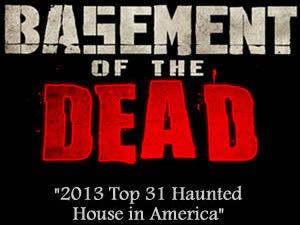 All information on this page was submitted to Indiana Haunted Houses and was believed to be accurate at the time it was posted. Please report any inaccuracies here.
© 2011-2023 IndianaHauntedHouses.com. All rights reserved. - Indiana's Halloween Entertainment Guide™