Adorable Family Costumes Pulled Off by Celebs This Halloween 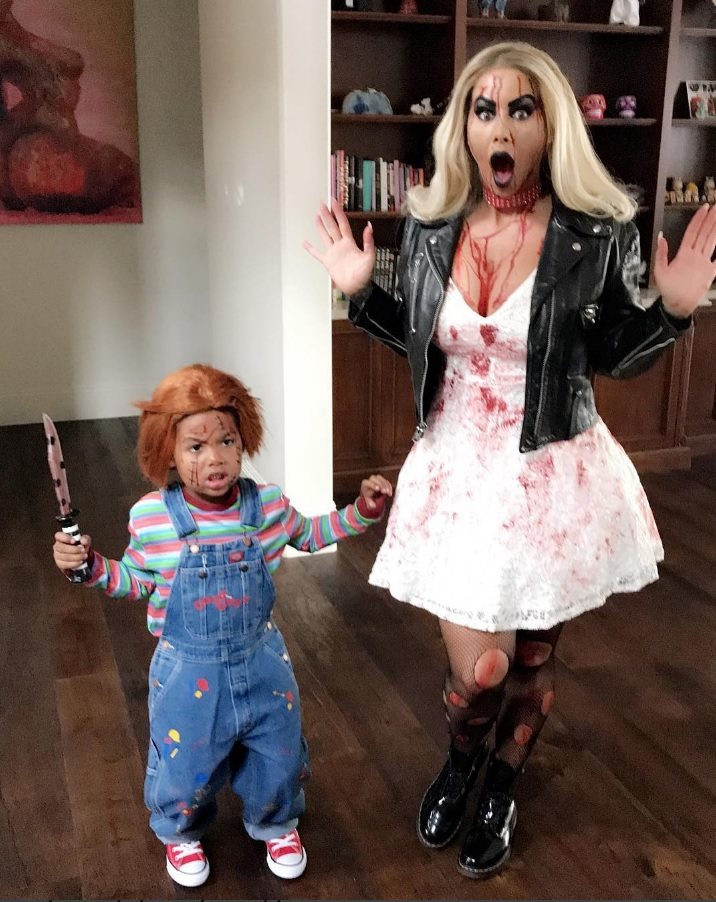 Amber Rose & Her Little One went as Chuckie & the Bride of Chuckie for Halloween!
Photo by: Amber Rose, via Instagram.

Here are some of our favorite Celeb Family Halloween Looks:

Fergie & Son as Tinkerbell & Peter Pan - These two were absolutely adorable, decked out as Tinkerbell (Fergie) and Peter Pan. Definitely a cute look for Halloween!

Ellen Pompeo (of Grey's Anatomy Fame) & Daughter as Holly Golightly -  The Duodressed up as Audrey Hepburn character Holly Golightly from Breakfast at Tiffanies along with her daughter Stella - the duo was quite the cute site!

Yes!!! Halloween prep has officially started with this @lolsurprise It Baby thank you #LOLSurpriseIRL this was so much fun #Ad @lolsurprise @esteestanley

Blac China & Her Little Ones as Spooky Skeletons - The trio dressed up as a group of (not so) scary skeletons this year, and they all looked absolutely adorable!

The Sean Lowe & Catherine Giudici-Lowe Clan as the Big "Lowe-owski" - With their little one as "The Dude", probably the most notorious Big Lebowski, this group definietly looked adorable as anything this Halloween!

The Big Lowe-bowski ?? The Dude did not abide.

What Was Your Favorite Celeb Family Halloween Look? Let Us Know in the Comments Below!