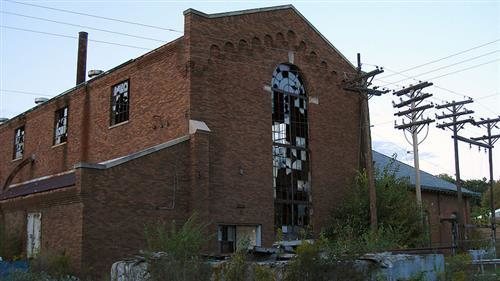 This psychiatric treatment hospital opened in 1848 and can be found on Tibbs Avenue, Washington Street, Warman Avenue, and Vermont Street. Complex buildings in the area housed mentally ill patients including the criminally insane. There were even two castle-like buildings built, called the Seven Gables as well as gardens, fountains, and fine landscaping to offer patients a pleasant place.

In 1994, the hosptial closed down due to a combination of factors, including the expensive cost of running such a large hospital system and claims of patients being abused. This resulted in the state of Indiana taking back the property and converting it to the Indiana Medical Hospital Museum (IMHM) and other things.

Patients' remains were buried on the western edge along Tibbs Avenue and near the old Pathology building. Today, some buildings still remain on the vacant grounds. While IMHM denies claims of the property being haunted, others have reported otherwise, including the sound of a screaming woman coming out from the corner of the Old Power House basement where workers had to go down to shovel ashes twices a night, sights of shadows moving from cement posts, and the boiler turning on and off on its own. In the Pathology Building where dead bodies were examined to learn about their mental illness, there were noises heard in the basement when no one was there. The dormitories was a place where cries and screams have also been heard by maintenance workers.